How to be a Leader (And Stay True to Yourself)

According to last quarter’s oft-cited CareerBuilder survey, only about one third of American workers aspire to leadership positions.

Hispanics (35%), African Americans (39%), men (40%), and LGBT (44%) all aspired more than the national average. But a 2011 study by the Center for Talent Innovation found that a full 64% of Asians and Asian Americans surveyed aspired to “top jobs,” but their representation in Fortune 500 companies’ senior management was grim at around 2%.

There’s lots of great advice out there about breaking the bamboo ceiling and leaning in. Most importantly, career advisors point out that Asians and Asian Americans in the United States will find they must adapt their approach as they move up the ranks, a process that is slower and more difficult than for their Caucasian peers. Cultural values like humility, deference to authority, and sacrifice, which may have helped you up to this point, won’t necessarily land you on the Board of Directors or in the C Suite. On the contrary, these attitudes might signal to higher-ups that you aren’t leadership material.

But should you give up those values? A further CTI study among people of color found that many felt that conforming to “white male standards...would cost them in terms of authenticity.” Conforming to this “‘bleached out professionalism’...contributes to feelings of resentment and disengagement”, suppresses the very diversity we need more of in our business leadership, and ultimately erases the trust and integrity that an authentic leader should convey.

So how can you improve your leadership skills - while staying true to yourself and your cultural values?

In a recent article in the Harvard Business Review about authenticity in leadership, Herminia Ibarra, a professor of organizational behavior and author of Act Like a Leader, Think Like a Leader (out February 10th on Amazon), offered advice for facing the challenges of becoming a leader while staying true to yourself.

1. Redefine your sense of self.

When we change roles in our careers, especially when it means taking on new responsibilities and a higher level of scrutiny, it’s often tempting to fall back on comfortable habits and behaviors that make us feel more like our “real” selves. But are these habits and behaviors really a reflection of your values and objectives, or are they simply the easiest course of action when confronted with the challenges of learning something new?

Growing into a new role, says Ibarra, “takes courage, because learning, by definition, starts with unnatural and often superficial behaviors that can make us feel calculating instead of genuine and spontaneous. But the only way to avoid being pigeonholed and ultimately become better leaders is to do the things that a rigidly authentic sense of self would keep us from doing.”

Remember, identity is not static - especially a professional identity. Look at your leadership skill set as a work in progress, rather than resisting change and growth.

You’re starting a new job - so naturally you have some learning to do. But just because you may be struggling in some new areas doesn’t mean you should keep your ideas and your work undercover.

You may dismiss self-promotion as unproductive, preferring to prove your worth by keeping your head down and working hard, but Ibarra points out that “leadership growth usually involves a shift from having good ideas to pitching them.” Previously, it may have been your managers’ responsibility to recognize your hard work - but now it’s up to you to prove your worth.

“Until we see career advancement as a way of extending our reach and increasing our impact in the organization—a collective win, not just a selfish pursuit—we have trouble feeling authentic when touting our strengths to influential people,” she continues.

In fact, you may be tempted to go the opposite route and show your team you can relate to them, and that you’re honest and transparent about your shortcomings. But as Cynthia Danaher realized when she first took on a new role as General Manager of 5,300 employees at HP, telling the Wall Street Journal, “People say they want a leader to be vulnerable just like them, but deep down they want to believe you have the skill to move and fix things they can't."

Moreover, concluded the reporter who spoke to her, Carol Hymowitz, “once a manager is in charge of thousands of employees, the ability to set direction and delegate is more vital than team-building and coaching.”

3. Learn how to take criticism.

Ibarra found that new leaders often have difficulty accepting criticism than they did in previous roles because feedback is often directed at his or her “style” of leading, which can feel personal and a part of one’s identity. In an effort to preserve authenticity, new leaders might cling to their old habits - in spite of their employees’ negative feedback.

She suggests adopting “a playful frame of mind. Think of leadership development as trying on possible selves rather than working on yourself—which, let’s face it, sounds like drudgery. When we adopt a playful attitude, we’re more open to possibilities. It’s OK to be inconsistent from one day to the next. That’s not being a fake; it’s how we experiment to figure out what’s right for the new challenges and circumstances we face.”

As a leader, you should be constantly striving to learn and grow - your own progress will impact the company and its employees to a far higher degree than it did at lower levels of management.

The importance of mentors has been cited in countless articles. We see it firsthand at Asian MBA’s Annual Leadership Conference & Career Expo - watching CEOs and leaders across industries share coffee and leadership tips with MBA grads at our Mentoring Breakfast is one of the most fulfilling and personal moments of the weekend.

But the key is to find a mentor - and then find another. And another.

If you want to be an authentic leader, you’ll need to find a personal leadership style that works for you. Simply imitating one person you admire will always feel fake, because it is.

Similarly, rejecting possible mentors because they aren’t perfect models could mean missing out on a wealth of educational material. Perhaps your manager embodies some qualities that you deeply admire, and others that you detest. Don’t write them off. Show interest and make an effort with your superiors, and you’d be surprised how much coaching and mentoring they’re willing to provide.

You know that “defining moment” story you tell people - about those wise words your grandfather would always tell you, or that time you nearly died and had to reevaluate all of your life choices?

But is this your only story?

“Most of us have personal narratives about defining moments that taught us important lessons. Consciously or not, we allow our stories, and the images of ourselves that they paint, to guide us in new situations. But the stories can become outdated as we grow, so sometimes it’s necessary to alter them dramatically or even to throw them out and start from scratch,” says Ibarra.

She urges new leaders to “Try out new stories about yourself, and keep editing them, much as you would your résumé.”

Time and again at our Annual Asian MBA Leadership Conference, we hear the same line from top executives of Pan-Asian heritage speaking to MBA students and alumni: It takes more than hard work.

While this advice, as well as Ibarra’s, can help many jobseekers advance their careers, we find it’s particularly helpful for anyone trying to reconcile their cultural heritage with the challenges faced by all new leaders. 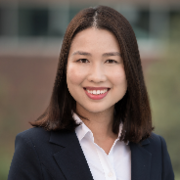 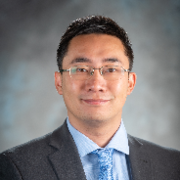 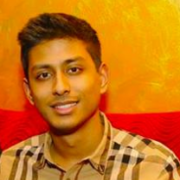 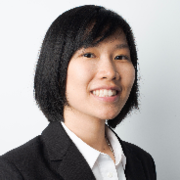 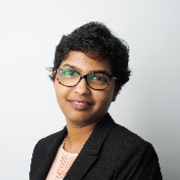 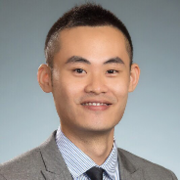